I am offering appointments using telehealth video-conferencing during the current pandemic.

Excerpt: "Tempted to read just one more email before you sleep?  Don't.  New research finds that not getting enough sleep - whether because of our insatiable desire for digital media or more traditional sleep disturbances - has far-reaching effects on physical and psychological health." Read the full article.

19 Jun
2017
While the vicissitudes of ordinary discourse in relationships may be easy for many of us, this is by no means the case for everyone. What can we make of the times when words are not treated as simply the best tools we’ve come up with for communicating our private experiences to others, but instead serve as triggers in relationships- triggers that can lead one to feel quite threatened or to feel the need to marshal whatever defenses may be available in one’s arsenal? What can we do when seemingly ordinary attempts at communication lead to feelings of humiliation, woundedness, or unbidden vulnerability? Unfortunate circumstances such as a history of trauma in relationships, bullying, or chronic humiliation are only a few of the things that can lead a person to feel a sense of danger about making contact with another person’s point of view. Rather than experiencing another’s perspective as food for thought, an opportunity for meaningful reflection or increased intimacy, or helpful feedback about one’s interaction with the external world- those of us wounded by past traumas may at times experience others’ ideas as weapons of destruction that can lead to painful and concrete outcomes such as disruptions in the ability to think, the visceral experience of being slapped in the face, a rush of adrenaline or “out of control” emotion, or even physiological distress/illness. And since meaningful relationships typically require a level of communication that involves a regular open exchange between oneself and others, relationships can be a minefield for those who experience the other person’s mind as a potential source of danger and distress. This is, of course, not only difficult for the one who feels so raw to the other’s impact, but is also difficult for the partner or loved one in relationship with such a person. It is certainly not easy to speak freely of one’s impressions, needs, or observations- only to have this easy conversational flow be treated as an act of aggression or a threat. It is also not easy to be on the receiving end of defenses such as rage, counter-attack, or distance and withdrawal. And so, the fate of a conversation between two partners very much depends on each person’s ability (not just willingness!) to hear and take in the other’s communications without feeling unduly threatened, as well as each partner’s ability to accommodate to the other’s capacities (or lack of capacity) to do the same. One partner may need to learn how to tone down a sense of reactivity to the other’s communications; the other may need to figure out how to speak in a way that will expand his loved one’s tenuous ability to hear and to be aware. Whether it’s feedback about oneself that is felt to be painful; awareness of the other’s needs, separateness, or vulnerability; or even perhaps just the unknown of what we may come to feel, know, or remember when talking with another, finding ways to help the people we love most be able to stretch their capacities to listen and to know, is often a task left to the one who is perhaps a little less wounded- or vulnerable- in the moment. (And of course the one who finds himself positioned in the more vulnerable position can shift from one minute to the next!) So, how do we take some of the sting out of talking, thinking, and listening? One of my favorite techniques is the simple one of “asking permission”. By the simple act of asking another’s permission before we offer our thoughts, we avoid catching the person off-guard; we give the other a sense of healthy control; and we create a sense of receptivity which can open up space for our words can to enter willingly and gently, rather than by force. We can also communicate in ways that allow the other to “save face”, whether it’s during a shared parallel activity (like cooking together in the kitchen) or while sitting side by side (in the car, for example), easing the pressure often demanded by direct face to face communication. We might use metaphor, stories about our own selves, or open-ended comments that reduce the sense of threat that the other may experience from a more direct communication. Perhaps the best gift we can give another is to simply hold stuff inside ourselves until the other is truly ready for us to share it. Processing and containing our own thoughts, feelings, and perspective until the time seems right to “put it out there”, can give those we love the much needed space they may need in order to heal from past assaults and impingements to their own sense of self and integrity of being…allowing them slowly to trust that inviting in another may actually be a rewarding experience rather than a threatening one. Is this a gift you can give to those who need it most? Originally posted on Goldstein Therapy- Clifton, NJ
15 Feb
2017
Sometimes you may feel like your body is beginning to creak and fail you on the outside, but do you ever stop to consider the incredible work that is taking place inside of it? There is so much going on and everything fits together so well, that it's almost impossible to comprehend it. This presentation will remind you that there are miracles going on inside your body every single day. 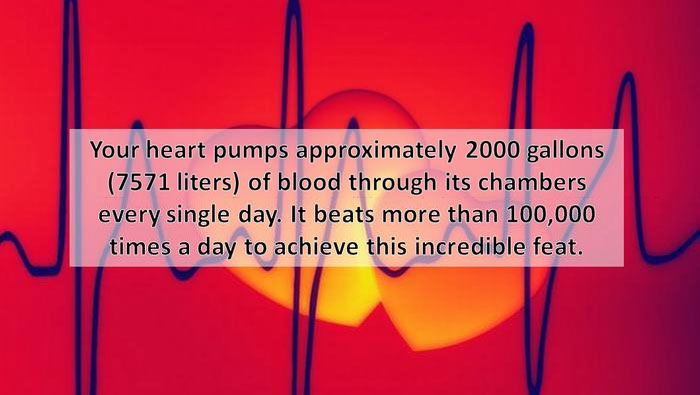 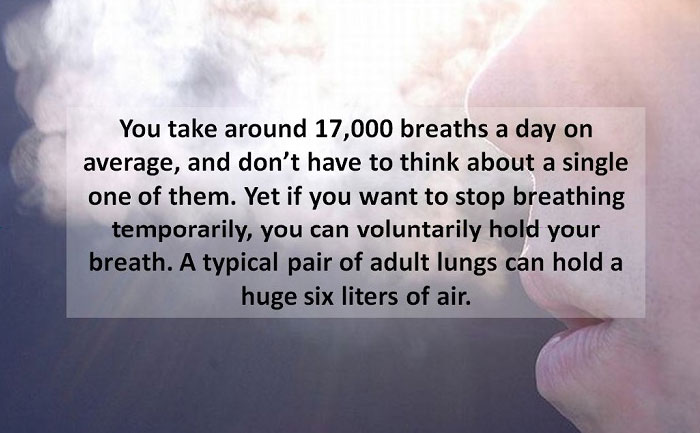 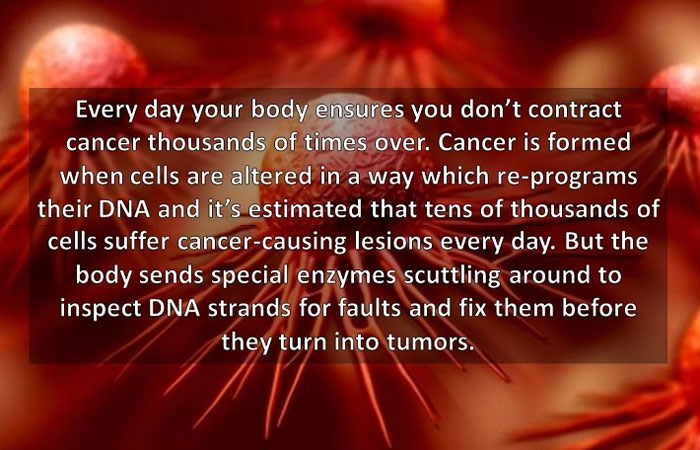 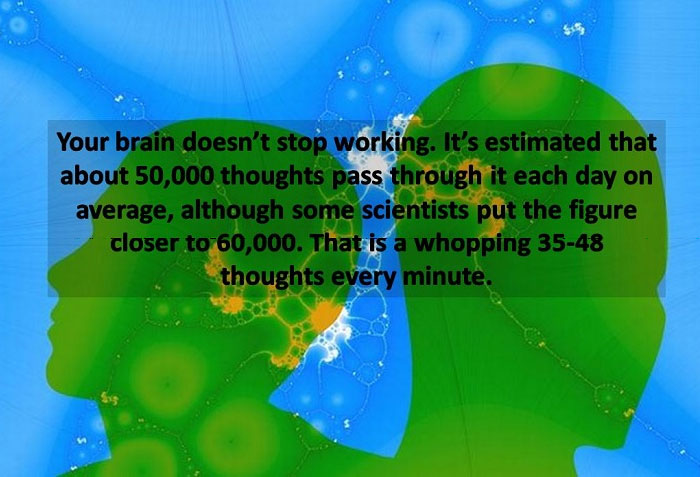 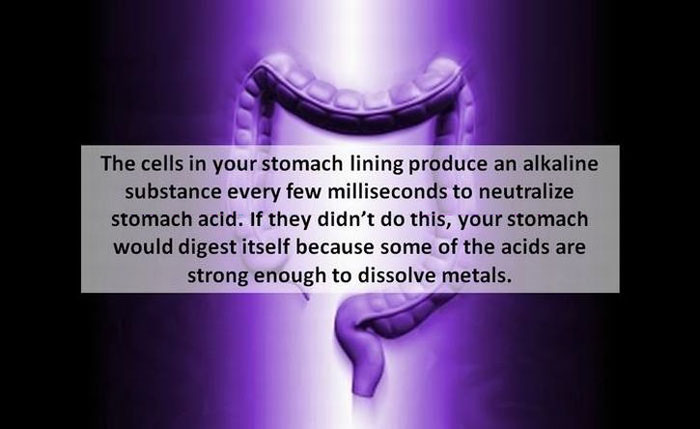 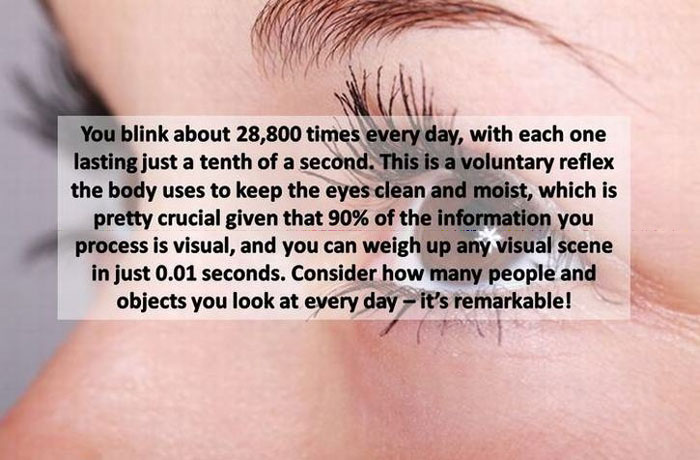 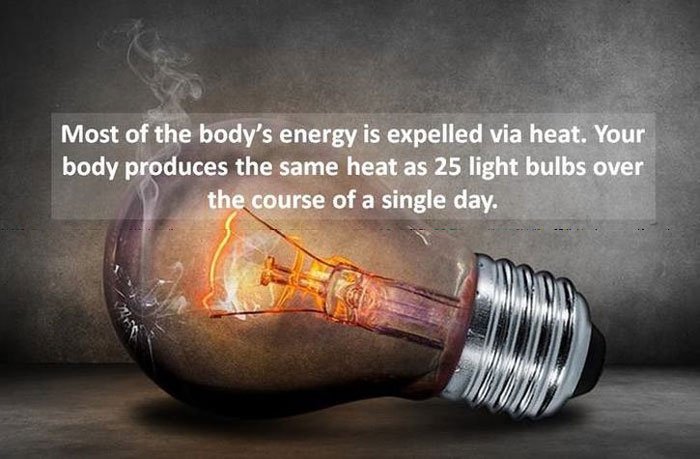 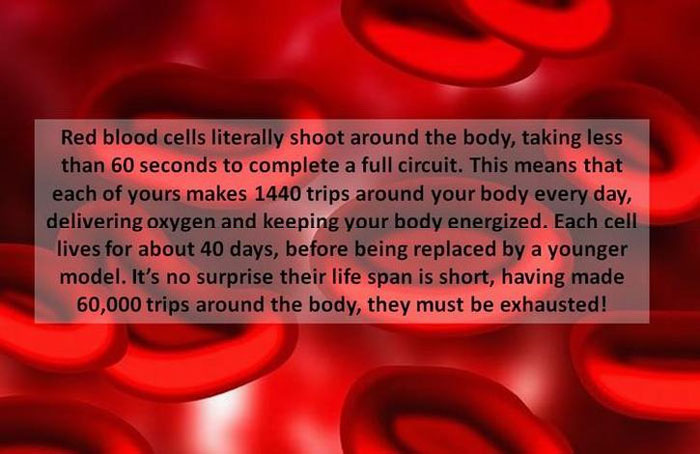 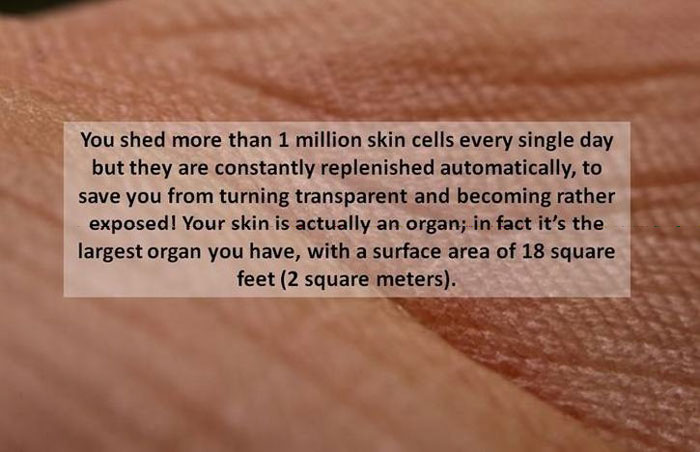 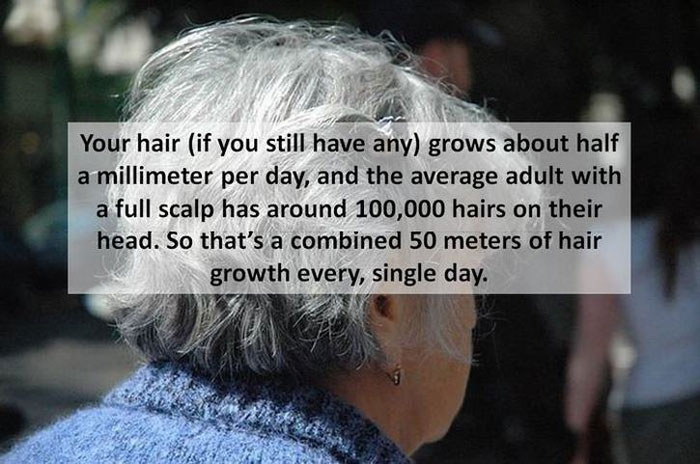 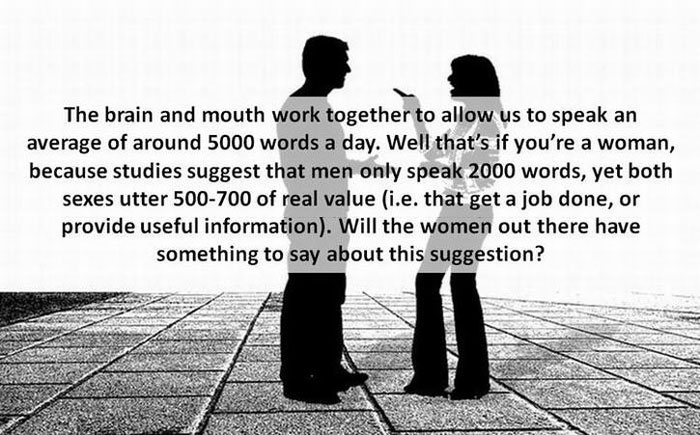 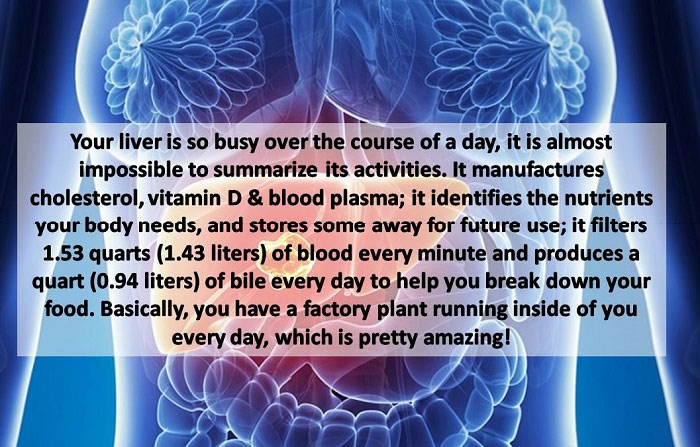 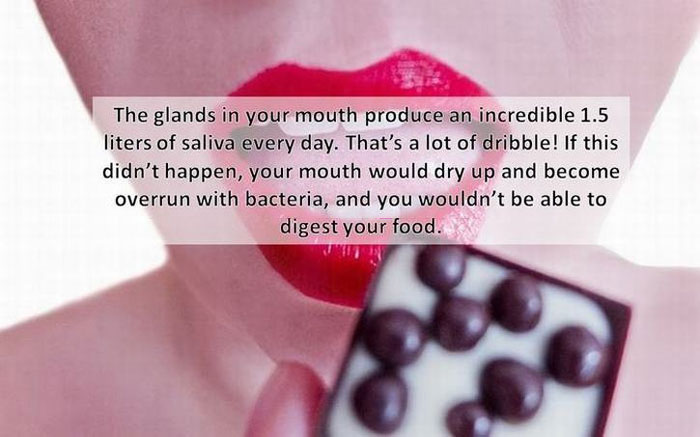 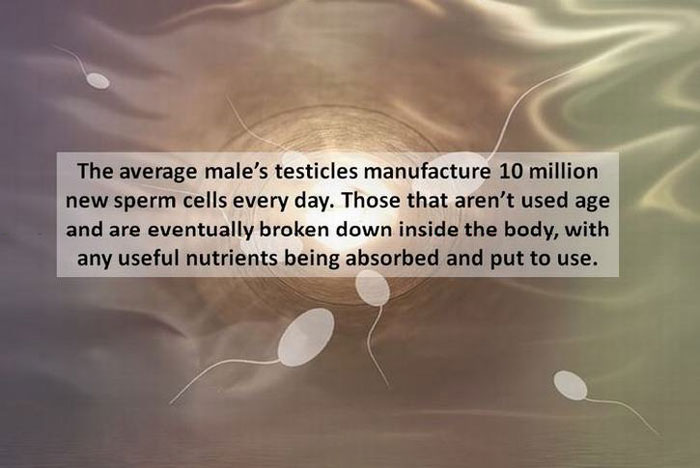 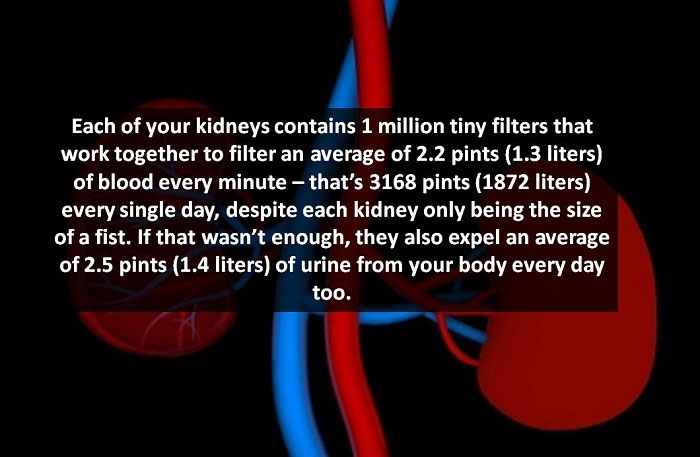 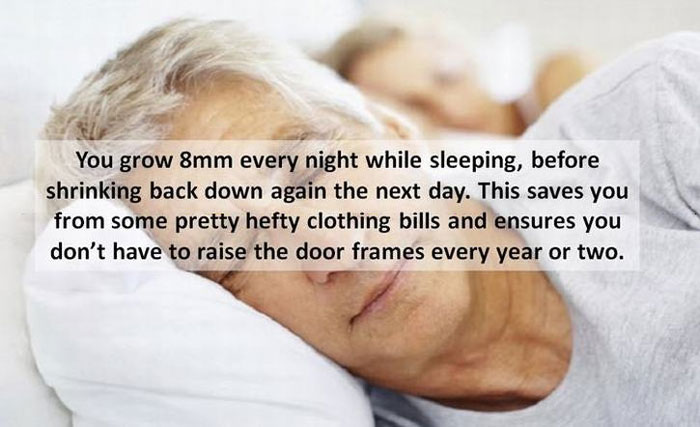 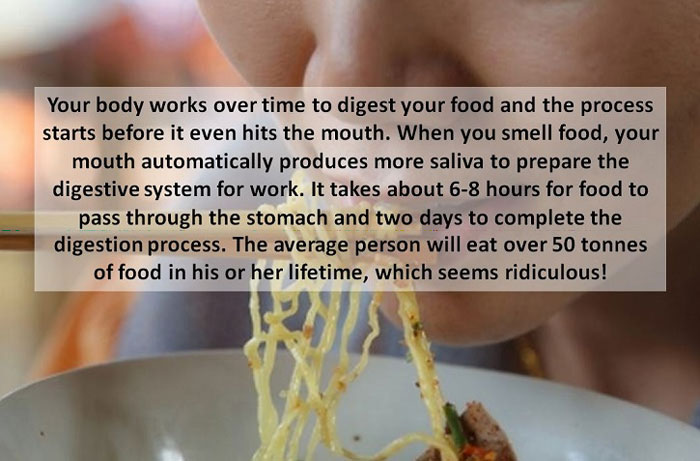 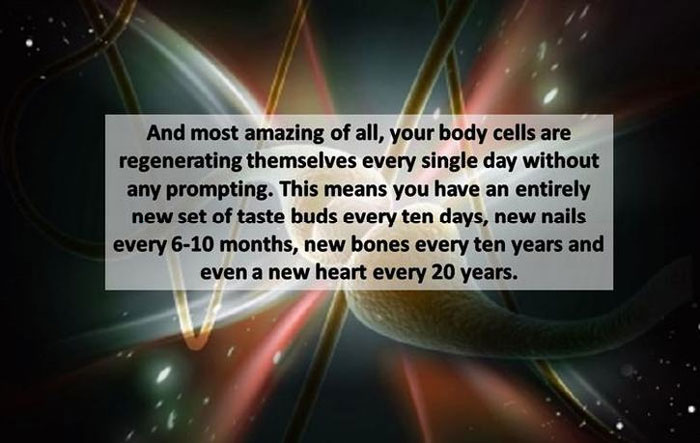 6 Feb
2017
Read what Steve Jobs, the founder of Apple software, wrote days before he died: "I reached the pinnacle of success in the business world. In others’ eyes, my life is an epitome of success. However, aside from work, I have little joy. In the end, wealth is only a fact of life that I am accustomed to. At this moment, lying on the sick bed and recalling my whole life, I realize that all the recognition and wealth that I took so much pride in, have paled and become meaningless in the face of impending death. In the darkness, I look at the green lights from the life supporting machines and hear the humming mechanical sounds, I can feel the breath of God and of death drawing closer. Now I know, when we have accumulated sufficient wealth to last our lifetime, we should pursue other matters that are unrelated to wealth... Should be something that is more important: Perhaps relationships, perhaps art, perhaps a dream from younger days... Non-stop pursuing of wealth will only turn a person into a twisted being, just like me. God gave us the senses to let us feel the love in everyone’s heart, not the illusions brought about by wealth. The wealth I have won in my life I cannot bring with me. What I can bring is only the memories precipitated by love."